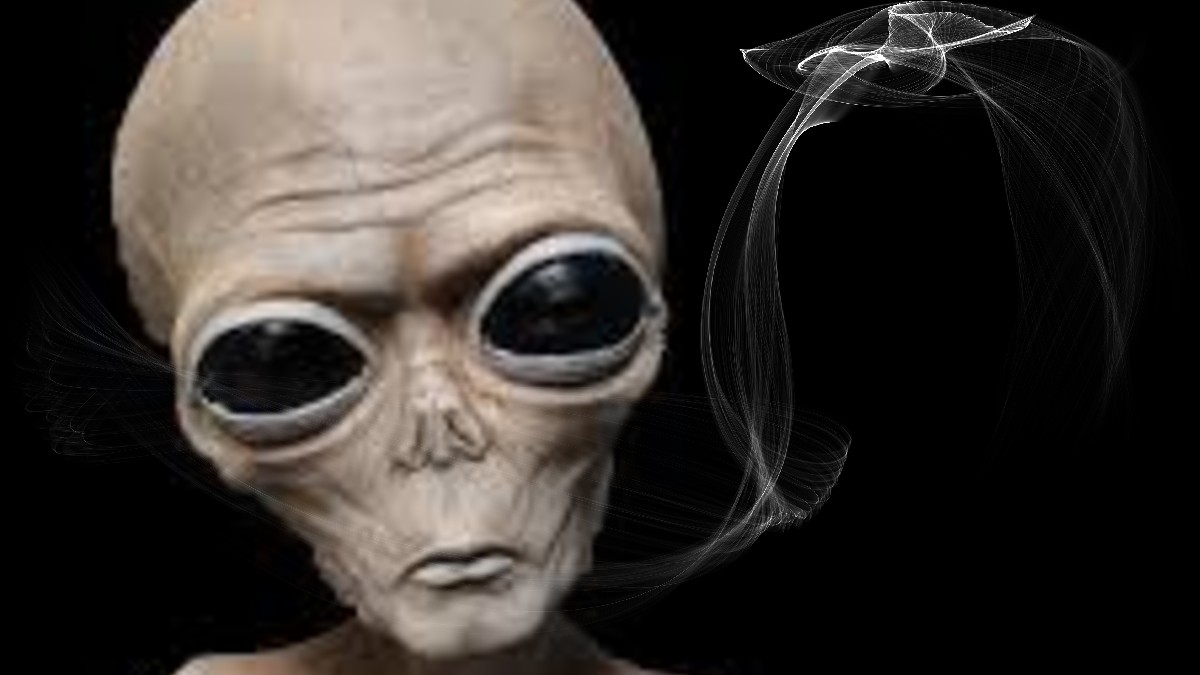 Gizmodo recently posted a fun little story by Matt Novak that pointed to a New York Times story indicating it’s getting more difficult to discredit possible alien encounters and past visits. Not the kind of aliens that terrify Donald Trump, of course, but the kind that don’t look a whole lot like we hoomans and travel here in some kind of intergalactic Tic Tacs.

Yes, US Navy fighter pilots have described them as resembling ‘Tic Tacs,’ those refreshing breath mints that double as tasty candies, only bigger.

NOTE: The New York Times article is behind a paywall, but Matt’s story at Gizmodo is free to anyone, even aliens, who have likely already read it and are preparing a rebuttal in telepathic binary code.

I posted a personal account about 15 years ago, which is several blog incarnations back, of something that happened to a friend and I one summer night in the mountains of California, many moons ago. Over the years it has gotten a variety of responses (just as I’d expect) ranging anywhere from, “Whoa man, that must have been scary!” to “Dave, here’s the number of my therapist.”

To show you how much these UFO things really look like gigantic Tic Tacs, here’s a video the pentagon released a few years ago recorded from a US Navy ‘F/A-18 Super Hornet,’ which is similar to the kind THE US NAVY BLUE ANGELS fly, except they are gray instead of blue and they’re not flown by angels. (I’ve gone out drinking with a few of those guys, I know things.)

One beautiful day while doing some flight ops (fancy military way to say ‘operations’) these pilots encountered something pretty weird, and chatted about it on their com system like ten-year-old boys at the drugstore pouring over comic books. Yes I know that reference makes me sound old, but I AM old now, because the account I’m about to tell you happened in 1977. Coincidentally (OR NOT?… Hmmm…!) that’s the year the first STAR WARS movie debuted.

For what it’s worth, because I did a little YouTube digging with my Google shovel (‘SHOOVEL’) here’s one of those pilots telling the History channel about his team’s encounter.

I was also prompted to navigate my ‘encounter account’ (*SNORK!* …that sounds cool!) to this blog when I read a post from a Facebook friend who said, “I believe that alien encounters such as abductions and sightings are merely a mass psychosis of some sort…” and you know what? He may be right.

I’m just not sure I believe it, because HOW CAN YOU KNOW FOR SURE? Maybe we’re all just living in a simulation, or perhaps there really is a God who told a guy to build a boat one day and it saved select hoomans and certain animal species from drowning, except for dinosaurs, who were too big to get on the boat.

That one is kind of a stretch for me.

Speaking of that ‘living in a simulation’ thing, as a side note before we get to the main event I’m posting a screencap from a city building simulation game I’m currently playing on my laptop for relaxation (I’m not obsessed with it at all, honest!) and in the screencap you can see a little man walking around with a big red exclamation point over his head. In the simulation it means he has something to say, so I bet if I clicked on it he’d say, “I believe we’re all just living in a computer simulation on some guy’s laptop and life is meaningless!”

Sadly, in his case he’d be right. If I get bored with the game or don’t like where it’s going, I might hit that dreaded (for him and his neighbors) ‘NEW GAME BUTTON’ and it will be all over for them. I could even spill coffee on the keyboard, in which case I would truly be an “angry, vengeful GOD” who wipes out their society because I’ve spilt coffee on keyboards before, and it really pisses me off.

No, not strong enough. We need to go BOLD.

IT REALLY DID HAPPEN TO MY LATE FRIEND BRYAN AND MYSELF.

I keep saying “late friend,” not because Bryan ever had issues with punctuality, but because he passed away nearly five years ago, but up until that time he always held to the story as much as I have. Boldly, in italics, AND ALL CAPS.

I met some aliens once. They were nice.

Way back in 1977-ish I drove up into the mountains for an overnight camping trip with my pal, Bryan. We hadn’t really put a lot of planning into this beyond throwing a couple of sleeping bags into the back of my dad’s ’67 Dodge pickup and snagging a six-pack of beer along the way.

I don’t recall how we got a hold of it, being underage, but we always managed somehow. Rest assured, that’s all we had. We didn’t have any weed (called pot back then) or any other illicit substance, so what we saw later on in the night really happened, or so we think.

But who really knows?

We found this little logged-out clearing at the end of an isolated dirt road up in Northern California by “Stumpy Meadows Lake.” The name of this place has been a total mystery to me all these years, until I just checked on Yelp and came across the following entry from a recent visitor:

“Once you get there you really understand why it’s called Stumpy Meadows. There are stumps everywhere! I found it charming.”

I think they called it that back in my day too but there weren’t as many stumps, there were trees instead. I like trees better but, hey, the place gets four-stars across the board on Yelp, so it must not be too bad. Also, I don’t think anyone giving it such a high rating has ever had a night up there like Bryan and I had.

We settled down in our little clearing and laid out in the truck bed on our backs, staring up at the brilliant night sky, philosophizing about things that teen-aged boys tend to philosophize about – like girls and beer and how far away do you think that star is, and girls. At some point, we fell asleep.

The little bastards woke me up first, just by standing around and staring at us. I’m kind of sensitive to being watched while I sleep – *chills* – and I have a sort of sixth sense about it, so I opened my eyes and looked around, fully expecting to see some hikers or other campers. What I saw instead kind of startled me.

They were just like all the stories you’ve heard: between four and five feet tall, enormous heads teetering at the end of spindly necks, and the biggest eyes you’ll ever see. Their graceful, slender fingers draped over the edge of the pickup truck bed as if they were lifting themselves up for a better look at us.

I jabbed Bryan as he snored next to me and he awoke with a “Hey, man!” that quickly turned into awe-struck silence as he took in the sight around us, and then his silence abruptly became a scream. Yes, my pal screamed like a little girl but I can’t fault him for that because it’s exactly what I was trying to do, but I was too frozen in terror.

And, with that, the five or six mysterious visitors scampered off with a whoosh. When later comparing notes in hushed tones, we both noticed that they didn’t seem to make much sound as they ran off through the woods, and that struck us as a very curious thing. We’d seen deer run off from campsites many times, and even those graceful creatures tend to trample brush and noisily snap branches and twigs in their desperate hurry to get away. But not these guys.

We also realized that we hadn’t really noticed the pulsating, glowing light emanating from the trees as they ran in that direction. It occurred to us that we were too busy scrambling into the truck cab and getting it started so we could get the hell out of there, as we were pretty certain they were running back to their whatever-it-was to obtain weapons and rope.

We were also both screaming like little girls now so, if these guys come forward someday and disclose themselves, and I get a chance to meet them at an autograph signing or, if they’re the guards at the internment camp I’m incarcerated in, I’m going to really be embarrassed.

We didn’t tell anyone about this at first but, after ET came out, I told a lot of people because suddenly it was cool. A few of these people posited the theory that they weren’t just standing around the truck for a few moments while checking us out, but were actually putting us back. “Did you have any missing time?” they’d ask. “Of course I did,” I’d reply. “I was asleep.” Then they’d urge me to check myself for implants.

So there you have it, that’s why this post is called “Those Pesky Alien Implants.” It’s because I might still have some and I blame them for every goofy thing I think and do but, not really, because hey.. REALLY?

Bryan and I lost touch until a few years ago when we hooked up again and talked over this story in the company of our respective wives and a pitcher of much better beer than we had in the truck that night.

He confirmed the whole thing and remembered it exactly as I’ve told here, which is encouraging because most people either refer me to their therapist or laugh so hard they spew beer all over my shirt.

It’s been a long time, and I’m tired of having to buy new shirts, so THANKS BRYAN, and RIP my old pal.

Bryan and I share a fist bump at Cafe Puccini in North Beach, 2014

“I believe alien life is quite common in the universe, although intelligent life is less so. Some say it has yet to appear on planet Earth.”

A footnote regarding those fun little simulation games I’ve been playing, which have absolutely nothing to do with aliens or UFOs, or so the aliens want us to think; they’re available online to play for free from an outfit called SPARKLING SOCIETY in The Netherlands, and yes they’re quite addictive.

So what’s the number of that therapist again? I may need to give him a call. 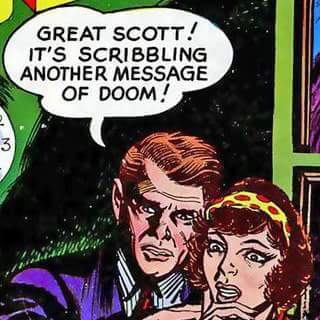 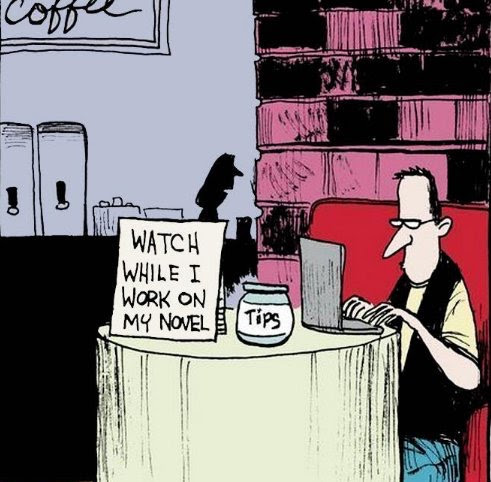